Byes and what the Packers have done with it.

Since the National Football League established its current divisional alignment and playoff format in 2002 the Packers have made the playoffs ten times but this is only the third that they've gotten a bye in the Wild Card round and been assured of a home Divisional round playoff game.

In 2007 the Packers went into the playoffs as the second "seed," behind Dallas, with their 13-3 record for the season. Seattle, coached by former Packers coach Mike Holmgren and with former Packers back-up Matt Hasselbeck as starting quarterback, came to Green Bay for the Divisional round after defeating Washington at home the Wild Card round.

The Packers spotted the Seahawks an early 14-0 lead, after they converted two Ryan Grant fumbles into scores. But then Grant found his grip and his footing and had a club playoff record 201 yd. rushing day with 3 td's to pace the Pack to a 42-20 rout victory.

The Packers outgained Seattle 408-200 and set a new club playoff scoring record; beating the 1982 Packers playoff team vs. the Cardinals by one point.

Thanks to the Giants upsetting the Cowboys in their Divisional round playoff at Dallas the Packers got home field for the National Football Conference Championship Game. Which, of course they lost 23-20 with Brett Favre's last pass as a Packer going for the interception that New York converted into the game winning field goal in overtime.

In 2011 the defending Super Bowl Champion Packers at 15-1 earned top seed for the playoffs. Although there were concerns about the defense ,the Pack's record setting, top ranked offense with league MVP Aaron Rodgers directing it figured to be an advantage over the once again visiting Giants.

But with the defense letting down and the offense uncharacteristically sloppy and out of sync the Packers lost their bid for a Super Bowl repeat 37-20. The first time that a 15-1 team had ever gone "one and done" in the playoffs.

After the NFL added a second wild card team in each conference to its playoff mix in and provided a bye week for its top teams in 1978 the Packers made the playoffs only 7 total times. (Eight, if you want to count the 1982 strike year team.) Only twice during that time did the Packers hold a one or two "seed" to earn a first round bye.

In 1996 the Packers were No. 1 seed in the NFC at 13-3 and hosted and roasted the San Francisco 49ers 35-14 in the Divisional playoff at Lambeau Field. They went on to win again at home over Carolina 30-13 for the NFC title and won Super Bowl XXXI in New Orleans over New England 35-21 for the franchise's 12th world championship.

In 1997 once again with a 13-3 season the Packers got the bye, but only as No. 2 "seed" for the playoffs. They beat divisional rival Tampa Bay 21-7 at Lambeau to make their third straight appearance in the NFC Championship Game. That game was at San Francisco, where the Packers won 23-10 to return to the Super Bowl as favorite for a repeat and the NFC's 14th straight Super Bowl win.

Unfortunately in San Diego it didn't happen as they were upset by Denver in Super Bowl XXXII for the club's first Super Bowl defeat.

So, to date with four Wild Card round byes and a home Divisional round game the Packers are 3-1, have seen two of them be platforms for reaching the Super Bowl but only one with a Super Bowl win being the final result.

It's nice, and preffered , to have byes and home games in the playoffs. But it's no guarantee of success. Execution is.
OP
OP
P 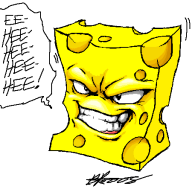 I still to this day can't wrap my head around how the refs overturned the very evident Greg Jennings fumble against the giants in that playoff game. I felt ashamed of scoring on that drive.

Sunday at 6:22 AM
captainWIMM

What players have you been disappointed with this season? Pleasantly surprised?
2