Mark Tauscher's groin injury will likely keep him out of this week's game against New England, and rookie Tony Moll is expected to get his first NFL start at right tackle.

Tauscher injured his groin late in the third quarter at Minnesota on Sunday, and Head Coach Mike McCarthy said he'll be doubtful on this week's injury report. Moll filled in for Tauscher for the remainder of Sunday's game and held up well despite having played only guard in games so far this season.

"I thought he played OK," McCarthy said of Moll. "He had the one look on the defensive front that he didn't adjust very well to. But I thought he was solid. We threw the ball a bunch down the stretch there, and that's never easy just to jump right into that, but I thought he was OK."

Moll, a tight end who converted to tackle in his final year in college at Nevada, started the first four games of the season at right guard before losing his starting job when fellow rookie Jason Spitz returned from injury. He started at right guard again at Miami when the offensive line shuffled around due to Chad Clifton's illness but otherwise has been working as the backup right guard and right tackle.

McCarthy and offensive coordinator Jeff Jagodzinski believe tackle is a more natural position for Moll, and he'll get his most extensive work there this week. McCarthy said it should help him to get a break from moving between the two positions at least for a while because, while it was a necessary evil during training camp as positions were getting sorted out, McCarthy feels moving around young linemen is not best for their development.

"We've moved Tony all over the place because once you're not the starter, that's kind of the role you fall into," McCarthy said. "But his natural position is right tackle, and I think it will be in his best interests if he is probably going to play this week that he takes all the reps there. Because for young guys to move around that much, that's difficult.

"I think you'll see him settle down and play better when he gets to stay in one place for a while."

McCarthy didn't rule Tauscher completely out for Sunday's game, however. He's going to let him rest until Thursday and then have the injury re-evaluated. If Tauscher isn't able to play, it will break his streak of 57 consecutive starts that dates back to the start of the 2003 season.

"I expect Mark to do everything he can to get on the field, just from my short time with him this year," McCarthy said. "It's a pretty good groin injury, and we'll see how a couple days of rest do for him. We'll have more information by the end of the week."

Other injuries
Receiver Shaun Bodiford, who injured his lower leg returning the opening kickoff on Sunday, is out this week. McCarthy said it's possible a bone could be broken, and if so, it could be a season-ending injury.

In addition to Tauscher, cornerback Will Blackmon (ribs) and tight end Tory Humphrey (hamstring) would also be doubtful.

"We played a very physical football game, we knew that going in," McCarthy said. "Being a rivalry football game, we have a number of guys that are nicked and beat up, and we need to take care of our bodies this week as we move forward for New England."

Another record
With his two touchdown passes on Sunday, quarterback Brett Favre has now thrown 198 career TD passes on the road, setting a new NFL record, according to Elias Sports Bureau.
Longtime Miami quarterback Dan Marino held the previous record of 197. Marino still holds the overall career touchdown pass record with 420. Favre is now at 409 and needs 12 to break that mark.

On the mend
Fullback Brandon Miree (elbow) and running back Vernand Morency (back), who have missed the last two games due to injury, will be put through an extensive workout on Tuesday with the hopes they can be upgraded from doubtful to questionable this week, McCarthy said.


Victory Monday
The players were given Monday off after the victory, meaning the time normally spent on film study will be made up either on their own or as part of Wednesday's meetings. The players are off on Tuesday as well, their regular day off.

Jagodzinski said one of the benefits to 'Victory Monday,' as they call it, from the coaches' perspective, is it gives them a chance to begin preparing for the next opponent. Most of the game-planning occurs on Tuesdays, but with the players off on Monday the coaching staff is getting a head start on New England.

In the hunt
Despite a sub-.500 record at 4-5, the Packers are just one game out of what would be a wildcard playoff spot in the NFC. If the regular season ended today, both of the NFC wildcard teams would have 5-4 records.

That puts an added premium on Sunday's game with New England, Green Bay's only home game in the month of November. The difference between being 5-5 versus 4-6 with six games to play could be significant.

Having won three of their last four games, the Packers are playing their best football right now. The loss at Buffalo was a step back to the mistake-filled defeats earlier in the season, but aside from that the Packers have been playing solid football since their bye week and hope to continue that to stay in the playoff picture.

"If you look at the way we started the season and the number of things we did to hurt ourselves, I don't think you're seeing that as much," McCarthy said. "I think we're playing at a very high level emotionally, physically. The style of football play is what I want this football team to look like, and if we continue to do that, a lot more positive things are going to happen."
G

Moll will have his hands full against New England. You just know that Belichick is going to think of lots of different ways to come at him. This will be a huge test for the rookie.
P

Greg C. said:
Moll will have his hands full against New England. You just know that Belichick is going to think of lots of different ways to come at him. This will be a huge test for the rookie.
Click to expand...

Yep 3 rookie lineman in the lineup, New England will be showing them things they've never seen before. It's going to be more of a mental test than a physical test.
J

Oh no, I sure don't like the look of this. Tauscher is too good to not have on our line.. Lets hope Moll puts up a good one.

Unoffical word is Tausch might be done for the year

this comes from the guy that has some insight

I expect Moll will do well provided he's given some help over there. Seymour is no slouch to be sure. But Moll seems to be one of those "nameless" guys with the character to step up to the challenge. He's going to be a scrapper like those young three in the middle. Our OL coach is doing a yeoman job.
M

Was Tauscher ever out before?

I can't remember him missing any games.

Although, I'm old and have CRS..

For some reason I seem to remember him being out a while back....right before sherman got there? for like a half season? 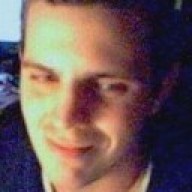 For some reason I seem to remember him being out a while back....right before sherman got there? for like a half season?
Click to expand...

Tauscher was drafted the year that Sherman got here.

here is the quote


"From what I hear...tauscher is basically done for the year, just not official yet."

Was Tauscher ever out before?

I can't remember him missing any games.

Although, I'm old and have CRS..

He was out for most of the 2002 season with a knee injury. That was the same year as Sapp's infamous hit on Clifton.
D

O Line is perhaps the one unit that has exceeded expectations more than anywhere else this season. Keep the faith, the coaching staff have done a fabulous job with the raw talent they've had to deal with.

I dont suspect we'll be seeing anymore TD's from Bubba Franks this year.

you are right. the o-line coaching staff HAVE worked their asses off, and moll filled in fine during the vikings game.

Packers @ Vikings: Who is starting RT?