Patriots use franchise tag on Graham

Sources are reporting that the Patriots have decided to use the franchise tag on tight end Daniel Graham. Graham will make $4,370,000 for next year with the tag

But that means that Samuel should be available
A

I'll move this to the Packer section as it does relate to the Packers. A lot of members here (including myself) looked at Graham as an option.

Surprised the Pats franchised him instead of Samuel though.
K

Actually, they probably still have the money to re-sign Samuel. My guess is that they probably couldn't agree on a contract length, so they just franchised him to make sure he played for them next season. Of course, I could be wrong.
A

That does make sense though.

It's odd, because with Ben Watson playing such a prominent role on the Pats, I'd have thought they'd let Graham go..... I am surprised, to say the least.
P

Can I get a link?

I haven't seen any source on the net that even confirms this.

Edit: I have looked at sporting news, espn, nfl.com, and profootballweekly and they have nothing on this. I've seen articles mentioning him and Samuel as possible candidates for the franchise or transition tag but nothing that confirms this. It's late though so maybe they didn't update the web pages but I wouldn't be one to jump the gun on this yet.

Michael Felger, of the Boston Herald, reports New England Patriots TE Daniel Graham, who is scheduled to become an unrestricted free agent, would like to remain with the team, but also would like to be featured more as a receiver and not just as a blocking tight end, according to TE Benjamin Watson. "I think for Dan, like a lot of guys on this team, the No. 1 thing is winning games," Watson said. "No matter what it takes, whether it's catching 10 balls or no balls. That being said, he is a tight end and you cut the college tape on Dan - and I remember doing that at Georgia - you see him running across my screen every down because he's catching balls all over the place. So that's a part of him that he wants to develop. But he's such a great blocker. He's one of the best blockers on the team, so he's been called on to do that a lot also."
D

Thank God!!! If the Packers woulda signed him i woulda been pissed. He's a fine blocking tight end but we don't need that we needa playmaker and he isn't even close to that. 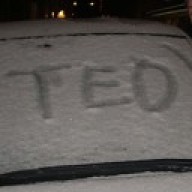 You can never have enough quality TE's and especially with the Pats iffy receiver corps.
P

How would we get Samuel?
K

By paying him a lot of money?
G

Getting Samuel would make no sense. It would mean that one of our CB's would be a nickel back earning a starter's salary. Samuel would only make sense if Harris pulls a Javon on us, and even if that happens, it probably won't happen till after Samuel is signed by someone.

For TE, I still think that Eric Johnson in San Francisco is the most intriguing free agent out there.
T

I agree with Greg. The most likely option is to draft a CB to replace one of the corners rather than pay for one now. The second point is I believe even if Graham was available, I would probably guess Johnson was more on the Packers mind since McCarthy knows his ability first hand. If they don't go after him, let Minnesotta sign him to crazy money, because McCarthy would know Johnson better than HC in Minny, and another example of Minny wasting more money on FA that don't work.
R

so was graham tagged or not?

so was graham tagged or not?
Click to expand...

no, lot of places THINK they will use it on him, but it has not happened yet

Adam Schefter of NFL Network reports that the New England Patriots have applied the franchise tag to cornerback Asante Samuel.

Samuel has emerged as a quality cornerback, and would have likely drawn plenty of attention in a light free-agent market. Historically, even so-so corners get overpaid in the early days of the league's annual shopping spree; Samuel surely would have cashed in this year.

The use of the tag also sets the stage for another ugly mess between the Pats and one of the team's key players. Last year, the agent for Deion Branch antagonized the front office by grandstanding in the media, and Samuel's agent already has begun that same process this year.

If Samuel accepts the tender, he'll receive a one-year guaranteed salary of $7.79 million.

Thoughts on the 2021 Draft League-Wide