Just when you think all of the excuses at the "excuse factory" have been used (READ THIS):

The paint used to mark the yard lines on the grass surface rubbed off on one end of the K-ball put in play for the kick. According to Flinn, that end of the ball was too slick, and he couldn't stop the ball from spinning as Longwell approached it.

"That, I've never had before," said Flinn, who held in college at Central Florida. "It's a little different when you have paint on the ball. The way I hold, I apply pressure on the tip of the ball to get it to stop. And, it just kept turning, even though I was pushing down on it.

"The ball was still rotating around when Ryan got to the ball. That messes with the rotation with the ball (on the kick) and definitely with the kicker, mentally."

I guess that's why Muhsin Muhammad dropped that touch down pass. No, I will say that's a weak excuse. He dropped that TD on his own just like Longwell missed those FGs on his own. Missed TDs and missed FGs don't count no matter how many time you say should have, would have or could have. You either make the plays or you donâ€™t.
C

Hey Philtration,
I agree with you. He just flat out missed em'.

Did you see the replay of the one where his plant foot was actually beyond the ball when he kicked it? That's just poor mechanics man.
O

Philtration said:
Did you see the replay of the one where his plant foot was actually beyond the ball when he kicked it? That's just poor mechanics man.
Click to expand...

What part of the plant foot? I didn't se the replay of the kick.

Depending on the kicker, the plant foot could and sometimes the whole foot will be ahead of the ball.
T

Philtration said:
Did you see the replay of the one where his plant foot was actually beyond the ball when he kicked it? That's just poor mechanics man.
Click to expand...

IS that bad mechanics though? I am not a kicker, and im not an expert on kickers at all. I'll have to watch where plant foots are now...how fun!

You can't kick like that. It means that you are making contact with the ball while it is behind your body and not in front of you. You want your plant foot even with the ball when you hit it.


You must be logged in to see this image or video!
C

ND thanks for sharing this. I can't stop laughing. I had to double check your link to see if it was a joke or legitimate.

The difference in the coefficient of friction due to paint is So much more significant than moisture on the ground including snow, ice, frost, rain, etc.

It sounds like a Junior High type excuse that no adult would accept. Imagine giving such an excuse to Lombardi, Ditka, Parcells, or Holmgren.

This week it will be the temperature difference from the K ball storage on the sideline to the field affecting the internal air density/pressure, the paint on his shoe, the trainer putting the wrong size cleat on one or both of his shoes, tidal forces of the moon, a cold spot in the field heating system or whatever.

ND you have not heard them all yet. But this is the looniest to date. You would think after this much time it would be understood that football is rarely done under "ideal" conditions.

CaliforniaCheez said:
It sounds like a Junior High type excuse that no adult would accept. Imagine giving such an excuse to Lombardi, Ditka, Parcells, or Holmgren.
Click to expand...

Oh man. They would probably be dragging the Fox River for his body if he pulled that with any of those coaches.
P

Tromadz posted Quote"actually that makes sense to me. I still think we should get a new kicker, but that makes sense to me." unquote-------- It surely does not many any sense to This old time (life time) Packer fan who has seen all the Packer field goal kickers for nearly 60 years like Ted Fritsch, Fred Cone, Paul Hornung, Jan Stanerud, and Cris Jacke. Ryan Longwell 82% average puts him up there with the other most accurate kicker in Packer history ,Jan Stanerud who was also in 82% range but only kicked here, three seasons. Ryan has had two poor season in 9 seasons not poor by many other kickers seasons in NFL over the years when Ryan kicked in 70% plus range. The good NFL punters & kickers who have lead the league in both categories in the NFL have kicked in domes and warm weather climates, which Lambeau Field is neither.Despite that Longwell has been right up there with the best with over a 82% average, right behind Vanderjaack of Colts most seasons during his 9 year career in GB, Vanderjaack kick mostly in a dome. If you would check, with all teams in the NFL, you may find, that just about all the field goal kickers this year have a Field goal holder with NFL experience except for Ryan Longwell. Both his holders were rookies at it, and Ryan Flinn came in days before his first NFL game and was tending Bar in Florida last week before getting the call from the Packers. Flinn work two days with Longwell. Tromadz check the Packers website packers.com -Check the board history-Packers career statistics under field goal kicking. and points scored. Then you might want to come back on this topic and you might want to retract your statement posted by you in the first part of my posting. As old saying goes "becareful what you wish for, you may get it." Unless Of coarse, if you are really a Bear fan under the false pretenses of saying you are a Packer Fan.
S

i've had enuf of this guy.
H

Are you sure this wasn't on theonion.com?
Hammer 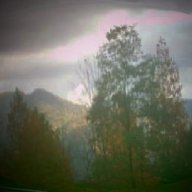 i like longwell and he has had it tough this year,with the changes in holders,but i think part of it is he will be a free agent nothing is being done about it i think he still has it just needs to trust in who he has,sounds like the new guy will be it sander may not be here next season,they like what they saw in the new guy.

"All In" Type Guys