Some background on the Patriot Game

The Patriot web site indicates this is the 13 preseason meeting between the Packers and the Patriots with the overall record of 6-6.

The regular season the Packers have the lead going 4-3.

The above link is a little background between the Packers and the Patriots. If you want to check news on the Patriots here is a link.

They are a solid team and should provide a good overall test of where the Packers are at. 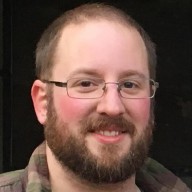 I live in New England (Maine) and I know it's only the pre-season, but I get a lot of flack for being a packers fan and I hope the packers kick the s$%t out of these clowns.

I am so excited to watch our defense play the well executing offense of the patriots. 2nd ,3rd string guys..i dont care. ITS THE SYSTEM that is difficult. If we can play solid against those guys...I will be satisfied, especially since some of our defensive guys are coming back from injury.
C

Though not this game, I really am anxious to see how our 1st string D plays with Hunt and Grady in the line up.

If there was a game that the current Packers could look to for hope for the upcoming season, it was the game we played in Foxboro in October of 2002. The Patriots came in as defending Super Bowl champions and were playing at home. The Packers came in beaten up on the defensive side of the ball and had a number of unproven players starting. Well, between a sound game plan, an error free offensive performance, and inspired play by the understudies on defense (Marques Anderson, Matt Bowen, KGB, etc.) the Packers went into their house and spanked the Patriots 28-10. Personally, I site this game as an example of Shermans ability to win big games.
I

I like the fact that Belicheck has always had problems beating Mike Sherman.
Let's hope that stat never changes.... (like the Dolphins in '72)

Remember, this is the last game.... wherein the Starters will be out there...
the 4th game is where the Starters get to sit.. the time is now!