In this Sunday's game against the New York Giants first year head coach Ben McAdoo the Packers will be against one of their former assistant coaches who has gone on to a head coaching position of their own in the National Football League. Hardly, in their history, for the first time.

The Packers have a quite lengthy list of assistant coaches who have gone on to head coaching gigs of their own in the league and have many times opposed the Packers on the field of play.

Rhodes has a distinction of being both head coach of the Packers and a head coaching opponent of the Packers, as hc of the Philadelphia Eagles. https://en.wikipedia.org/wiki/Ray_Rhodes

Rhodes was one of six assistants on hc Mike Holmgren's "best and brightest" staff of the 1990's to move on to an NFL head coaching job. Steve Mariucci, Andy Reid and Jon Gruden .**** Jauron and Marty Morhniweg were the others.

Mariucci was thought by many to be the leading contender to succeed Holmgren in Green Bay but he was snapped up instead by San Francisco and then by Detroit. https://en.wikipedia.org/wiki/Steve_Mariucci

In his 8 year head coaching career "Mooch" squared off against the Packers 13 times, winding up with a 3-10 record. He lost an NFC Championship Game in 1997 and a Wild Card playoff in 2001 but got the Pack in the 1998 Wild Card game.

Andy Reid, in hindsight, probably should have been Holmgren's successor in 1999 but GM Ron Wolf had ruled out consideration of Packers' assistants and Reid was signed away by the Eagles. https://en.wikipedia.org/wiki/Andy_Reid

Except for not winning a Super Bowl Reid has compiled one of the best head coaching records in the league with Philadelphia and now Kansas City. The Packers have played Reid coached teams 10 times and just broken even against him, including a 1-1 record in playoff games.

Gruden is one of two former Packers assistants who have won Super Bowls. https://en.wikipedia.org/wiki/Jon_Gruden

The Packers lost to Gruden 3 out of 5 times they played against his Raiders and Tampa Bay teams.

Marty Mornhinweg lost all four of his games against the Packers while head coach of the Lions in 2001-02. https://en.wikipedia.org/wiki/Marty_Mornhinweg

Tom Coughlin, two time Super Bowl winning coach of the New York Giants, was a Packers' wide receivers coach under Forrest Gregg in Green Bay in 1986-87. https://en.wikipedia.org/wiki/Tom_Coughlin and was at least a contender for the Packers' head coaching job in 1988.

Coughlin famously beat the Packers in postseason on his way to both his Super Bowl wins with New York. He was 1-2 against the Pack with Jacksonville and 5-3 as hc of the Giants all time.

Ben McAdoo is the second of Mike McCarthy's assistants to become an NFL head coach. Joe Philbin was the first with the Miami Dolphins in 2012. https://en.wikipedia.org/wiki/Joe_Philbin

Things did not work out well for Joe and he lost his only game against the Packers in 2014 24-21.

Jauron ended a 10 year Bears' losing streak to the Packers in their first meeting in 1999 but then lost the next 9 in a row plus a 10th during an interim stint with the Lions. He won his second of two career games in 11 meetings with Buffalo with 2006.

With the Packers dominating pro football in the 1960's it's not surprising that Green Bay assistants would be coveted as head coaching prospects by other clubs of the time. Defensive coordinator Phil Bengtson certainly was one but he remained in Green Bay under the explicit or at least implied promise that he would be Vince Lombardi's successor with the Packers.

Bill Austin was the first Lombardi assistant to go to an NFL head coaching position. The long suffering Pittsburgh Steelers hired Austin in 1967 and he won against the Packers in the final game of that season; a game the Packers didn't really need to win. Austin was the last Steelers' hc before Chuck Noll and he would also serve as Washington's interim coach following Lombardi's death in 1970. Again becoming a transitional coaching figure before the Redskins took off on a successful 1970's under George Allen. https://en.wikipedia.org/wiki/Bill_Austin

Two of the NFL's expansion franchises of the mid-'60's looked to Green Bay to launch their clubs. After failing to lure Lombardi himself the Atlanta Falcons hired assistant Norb Hecker to be their first head coach. https://en.wikipedia.org/wiki/Norb_Hecker

Hecker lasted less than 3 seasons and lost his two games against Lombardi's Packers 56-3 and 23-0. He was fired the week before his scheduled third game against the Packers in 1968; a 38-7 Green Bay victory.

The following year the New Orleans Saints hired Tom Fears as their first head coach off the Lombardi staff. https://en.wikipedia.org/wiki/Tom_Fears.

Fears got in a couple of early "licks" on his former employer; signing fullback Jim Taylor as a free agent and taking Paul Hornung in the expansion draft and breaking Lombardi's heart. But he lost his only game against the Packers 29-10 in 1968.

One Lombardi assistant who did go on to a measure of NFL head coaching success was Jerry Burns. https://en.wikipedia.org/wiki/Jerry_Burns.

During his 18 years as offensive coordinator for the Vikings under Bud Grant Burns won plenty of games over the Packers; but that was due more to the Minnesota Purple People Eaters defense. The Packers defenses usually played Burns' Queens offenses pretty tough and close.

During Burns' 6 years as Vikqueens' head coach Green Bay fairly owned him. They won 7 of 12 games, swept Minnesota in 1987-88 and took 5 of 6 from '88-'89 when the Vikings had what were considered elite Super Bowl contending teams and were sending close to double-digit numbers of players to the Pro Bowl.

In his last game before retirement and his team holding out hope for a possible Wild Card playoff berthin 1991 the Packers beat Burnsie 27-7; in what also turned out to be Green Bay head coach Lindy Infante's last game.

As for those who became Packers' head coach: Scooter McLean and Ray Rhodes were one season and done. Phil Bengtson presided over the fall of the Packers' world championship dynasty and resigned after a 20-21-1 record over 3 years. 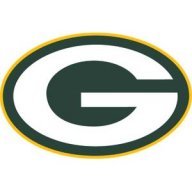