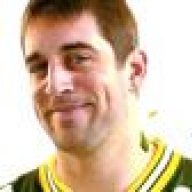 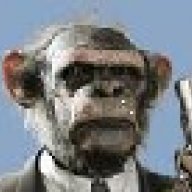 We should score more on them than the Bears just did! 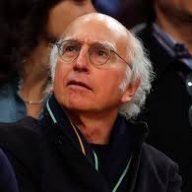 What happened to Jared Allen? I was expecting him to have a feast on Cutler last night. He used to be a stud. I stud that I couldn't stand whenever got a sack and did that little move afterwards, but a stud never the less. Hopefully he keeps being a little puppy dog for the Packers. 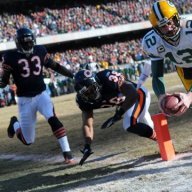 NFL leader in sacks as of last week. Probably not after 0 this week. I dont care who you are if you feel comfortable with him going after Newhouse every snap you have a screw or 7 loose. Maybe i am a bit squeamish when it comes to him after his 8 sacks in two games against us before. All I know for 100% sure is I hate that god damned calf roping **** he does every time he does something.

slaughter25 said:
All I know for 100% sure is I hate that god damned calf roping **** he does every time he does something.
Click to expand...

So thaaaaatt'ssss what he's doing. Makes sense. Still hate it. 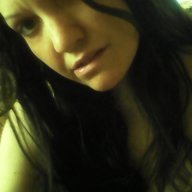 Their D is weak and so is their QB right now (sorry, McNabb). I'm going with a minimum of 4 TDs in this game for the Pack. I think the Vikings will score a minimum of 10, perhaps 13, their FG kicker doesn't appear to be that bad. Vikings can hope for another chance to exercise Ponder, I'm half wondering if they will start him over McNabb. It'll probably be the easiest win in the division the Packers will see this year.

Just now saw the highlights from the bears vikes game. He had a strip sack and fumble recovery. A bit more than a certain someone wearing number 52.... just sayin allen wasn't a "little puppy dog"

slaughter25 said:
Just now saw the highlights from the bears vikes game. He had a strip sack and fumble recovery. A bit more than a certain someone wearing number 52.... just sayin allen wasn't a "little puppy dog"
Click to expand... 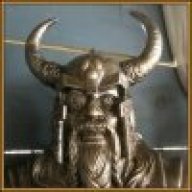 Dream: Vikings stomp the Packers 42-7 as Christian Ponder throws for 350+ yards and 2 TDs to go along with Adrian Peterson running for 150+ yards and 3 TDs. On defense, Jared Allen goes completely nuts and racks up 3 sacks and a forced fumble for a TD.

Reality: The Vikings go into the Metrodump after finding out that there will be no new stadium. Donovan McNabb continues to throw the ball into the dirt and feels his back break as Clay Matthews eats him for lunch. Adrian Peterson rushes for about 75 yards and 1 TD and the Vikings secondary is picked apart by the Packer's run-away train of an offense to the tune of 43-10.

I played the game for 14 years and have coached for over 20. I know the difference between dreaming your team is better than they really are and facing the cold, hard facts that their season is tanking and the ONLY thing they will be able to do, is play the spoiler and cause a little chaos in another team's playoff hopes.

I do think though, Jared Allen is a beast. He saw so many double teams last night and backside protection, he was lucky to just get to QB the once. If the Vikings had a decent secondary and was able to provide good coverage, Cutler would have eaten Solider Field a few more times. As it is, the Vikings secondary has more holes in it than the Cheesehead Hats you wear.

Good luck next week and here is to hoping there are no serious injuries to either team! 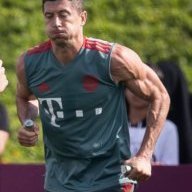 ​
You should get a pick of the dude from Detroit that imitated the belt before they lost yesterday.​ 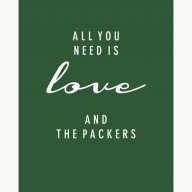 I think that took you long enough!! LOL!
Seems like those threads are started during the 2 min warning of the current game!
I was just going to post "What no viking game thread?" this a.m. when I searched one more time, then yours popped up!

Vikings are starting show some life, but not enough. 31-21 Packers. 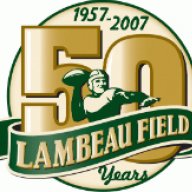 Let's give them hope of life, just so we can crush them and take it away . . . .not that I harbor any ill-will toward them. 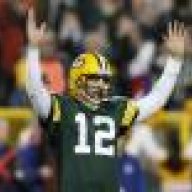 slaughter25 said:
Just now saw the highlights from the bears vikes game. He had a strip sack and fumble recovery. A bit more than a certain someone wearing number 52.... just sayin allen wasn't a "little puppy dog"
Click to expand...

Yeah, but #52 finally did get his sack and he does lead the league in rushes and hurries and other good stuff against the QB.

Love the pic you gave your OP.

LMAO! Leading the league in sacks (9.5) and you think he is overrated. If he were a Packer and leading the league, it would be the next coming of the Messiah. I may be mistaken, but the leading sacker on the Packers is LB Desmond Bishop with 3 on the year.

Oh well, glad Allen is in Purple and not Mold Green.

I feel like Allen isn't talked about as much as he used to be, even though he's leading the league or whatever. Is it just because the Vikings aren't very good this year so they aren't getting love from the commentators? Or is it because they're Favre-less?

He may be overrated when he is talked about in the same category as ngata, Hali, Ware, Maybe Peppers or Matthews. But he has a huge motor, used to have a huge mullet, and he gets really streaky and can be a guy that can produce a few 2 or 3 sack games to keep himself relevant when it comes to leagues top pass rushers. He NEEDS to be accounted for every play because he can hurt you big time.

I'm glad too. What else does a Viking fan have to live for these days.
We Packer fans have more than enough to be excited about with our team. It would be down right selfish for us to want more (then again, maybe it would be ok to be selfish).
2 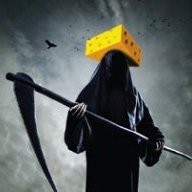 Ummmm, any comment I can say of how the Packers will do seems trollish. So I'll say Packers are going to win, Go Pack Go! for now.

Neilfii - Well, what do Viking fans live for? They live for Vikings football, good or bad. Look at my sig graphic, Fan since '68 and until Hell freezes ball. I'm not a bandwagoner or a fair weather fan. You live for Packers football, I live for Vikings.

Powarun - Nah, nothing trollish about bragging up your team as long as you're not insulting to someone or being a complete douche bag. The Packers fans have a lot to be proud of right now. They sit in the drivers seat to the Super Bowl until they are knocked from it. The Vikings are almost in the drivers seat too... for Andrew Luck. lol 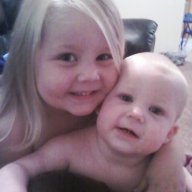 Cant wait my dad and I are going to be there this weekend. First time watching the pack at the metrodome. Hope the roof doesn't cave in. Although I hope rodgers blows the roof off. GO PACK GO!

PackAttack13 said:
Cant wait my dad and I are going to be there this weekend. First time watching the pack at the metrodome. Hope the roof doesn't cave in. Although I hope rodgers blows the roof off. GO PACK GO!
Click to expand...

Well at least the dome won't be covered in snow... I would be a nervous wreck in there if it was!! *nervous smiley here!

IluvGB said:
Well at least the dome won't be covered in snow... I would be a nervous wreck in there if it was!! *nervous smiley here!
Click to expand...

S
random thought from 10 years ago