We should get the begining of a lot of answers at this time. So many questions!


-How good is Hawkins? Did he really improve as much as packers.com says he did, or was it a hype article? He's supposed to be in great shape, and with 2 good vets (Harris and Woodson), the young DBs should learn tons!

-We will start to get a glimpse at who is who in the 2006 offensive line. Who they are going to plug in at this time?

-Who is going to begin to emerge as a great WR? Will gardner or boreigter step up? Does the rookie jennings come out firing on all cylinders?

-Can coach mccarthy run a good camp? Hes not new to the nfl, but new to being a HC, and this is a first for him. Will it go ok?

-Who is the best singer in the rookie class? The vets are going to be making rookies sing, and maybe even a goalpost taping or two. I think C\G Jason Spitz looks like the best singer myself.

-Who the hell is Marquand Manuel and why does it look like he is being given the SS job? Will he be good? Will Roman beat him AGAIN? Will Culver compete himself?

-Will Hawk\Hodge\Barnett begin to show they are the best LB trio in the NFL? Will Poppinga and Taylor begin to feel the fire that they will be backups?

-Will we have another kicking competition where we get a good kicker(like we got longwell)?

-Will it be Sander vs the bartender for punting duties? Will Ingle MArtin get in the mix as well, or will they use him as a 3rd string QB and holder?

-Will i stop asking annoying questions? probably not. 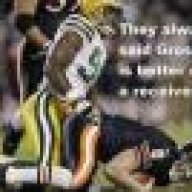 Wow trom, you sure do ask a lot of questions! Especially the important ones like this: -Who is the best singer in the rookie class? The vets are going to be making rookies sing, and maybe even a goalpost taping or two. I think C\G Jason Spitz looks like the best singer myself.

Hey, I ask the hard hitters...what can i say? No holds barred.
P

I don't know anything about HOdge except he had more tackles than Greenwood...and is underrated. Do you really think he'll beat out Taylor for the starting job?

I thought we cut Sander? (or was it wishful thinking?)

The canadian guy will be our punter!

The canadian bartender? Jon Ryan. He will be our punter is my hope.

SAnder is still on the roster...for now...
S

No the canadian guy and the bartender are different guys. They both have Ryan in their name though. Canadian guy led CFL in all punting categories, I say he is the best shot at becoming our punter.

From all I've heard about Jon Ryan, he is going to be real hard to beat at the Punter position. Canadian fields are bigger than NFL and he was a top rated punter there. Hopefully, BJ will be packing his bags in a month or so for a road trip.

thanks for clearing that up, superrat.
C

The questions will remain as the first 2 mini-camps are indoors and NOT open to the public.

I'm sure people will talk

"This guy really impressed me.."
P

Mini camp is going to be interesting.

There is one thing I really want too know and that's..

How has Aaron Rodgers progression come along?

Gardner vs. Boreigter vs. Jennings

Umm I thought we traded Roman for a roll of two-ply?

Zero2Cool said:
Umm I thought we traded Roman for a roll of two-ply?
Click to expand...

Zero, TT wouldnt splurge for 2-ply when 1-ply is right there for half the price.

Zero2Cool said:
Umm I thought we traded Roman for a roll of two-ply?
Click to expand...

Zero, TT wouldnt splurge for 2-ply when 1-ply is right there for half the price.
Click to expand...

Trom, you are forgetting our young 2nd year LB Roy Manning. He has some potential, IMO, and it has been said by the coaches that he was the one who was slated to start with Hawk and Barnett (according to JSonline draft blog).

I didnt forget about Poppinga. I wish him the best of luck in the LB battle.

Poppinga vs Hodge vs Ben Taylor is the best battle at LB we've had in years.

Too many LBs? Its a problem I like to have.