how good are we?

this will be an interesting game to see exactly where the pack is concerning the top teams. i have been witholding my opinion, such as it is, until we play a team that is of potential championship caliber.
R

absolutley ag, it's been tough to compare so far, I think today will show us where the Pack really stands. This may drive a little reality into the "packer fans" that just yell and yell about how great the packers are and they are going all the way etc etc, every year.

The pack have a secondary right now that seems like it could be picked apart by TO and the Eagles, then again the Eagles don't offer up a lot on the run defense side either. Could be a big day... could go either way!
OP
OP
A

this is what i had feared. we are not any better than an also ran. mike sherman has not put together a championship type team. as i had said earlier on a different forum, mike s. should be gone. i thought earlier this season. to be fair to mike s., he did rally the troops. we need to look at our scouting staff, we need a true g.m. and a commitment from the organization to compete for a championship. i do not have any suggestions for the new head coach, but a new coach is needed. he has not been good at winning important games. this is just another in a long line of important games when we came up short.
G

Middle of the road at best. All our problems came to a head playing the eagles. the true gauge of this team will be how we recover after they had their ***** handed to them.

In my humble opinion, we are a result of poor defensive talent assesment and drafting as well as being stuck with limited salary cap space for the last 2-3 years. The Pack have drafted tons of defensive linemen, but the only one that has made a difference is Grady Jackson, who we lucked out with and got off the waiver wire! Just maybe, our offense is over-rated also. How can Brett have 28 yards passing in one half against the Lions? Thirty yards of rushing? I don't get it.
A

tscbear said:
In my humble opinion, we are a result of poor defensive talent assesment and drafting as well as being stuck with limited salary cap space for the last 2-3 years...
Click to expand...

I agree. To me the Jamal Reynolds draft pick has hurt the team more than anything, and has prevented the Packers from getting over the hump and into the SuperBowl.

Reynolds signing bonus still counts towards our cap, which limits the Packers ability to sign free agents to help fill holes elsewhere. Then Reynold's play was so poor, that the Packers signed Joe Johnson to try to fix it. But he turned out as bad as Reynolds, and now his signing bonus counts towards our cap too, further preventing us from signing free agents. Plus we lost our backup QB in Hasselbeck that we could have traded elsewhere instead for depth, instead of giving him away for a bust like Reynolds.

I don't blame Sherman for signing Johnson though, because at the time it seemed like a good move. If Johnson would have performed for us the way Sean Jones did when Wolf signed Jones, the Johnson signing would have looked great. But looking back in hindsite, it was a mistake.

If Reynolds would have turned into a Jevon Kearse, we'd have a good pass rush right now with KGB and Reynolds, and we wouldn't have Joe Johnson's signing bonus hurting the Packers cap situation. But instead we have a limited pass rush at the moment to go along with the dead cap space of Reynolds and Johnson. To me, that Reynolds pick more than any other has had a domino effect that has hurt us over the years more than anything else.

How can Brett have 28 yards passing in one half against the Lions? Thirty yards of rushing? I don't get it.
Click to expand...

I would say it's because the defense couldn't get off the field in the first half, tscbear. I was trying to figure out why an offense loaded with talent could only score 10 points against the Bears, 7 points against the Giants and 0 points in the first half of the Lions game and the common denominator was that our defense was getting chewed up by the oppositions running game. Sometimes it takes our offense a little while to get into a rhythm, but if they're having to sit on the bench, while our defense gives up 5,6, or 7 minute drives it's very difficult to find any rhythm.
P

I think thats a great analysis NC. It is hard to get in a rhythm when you're not playing. In regard to our offense being "overrated" I'm not sure how that can be. We've rolled over most opponents with points. The defense can affect also the offense's performance. That's what requires this game to be such a team effort. 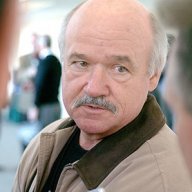 You're never alone with a schizophrenic 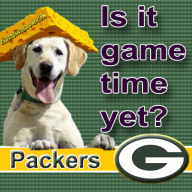