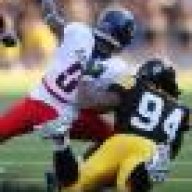 ASHBURN, Va. (AP) -- In a surprise announcement, coach Joe Gibbs said Saturday he thinks Clinton Portis will be a backup in the Washington Redskins' Monday night opener against the Minnesota Vikings.

Gibbs was testy as he wrapped up a week of mystery over whether his star running back had recovered sufficiently from a partially left dislocated shoulder. Portis was upgraded from questionable to probable on the injury report, although Ladell Betts remains set to start.

"If I had to say, I think Ladell will start and Clinton will play a backup role in the game," Gibbs said. "That's the way I think it's going to go. I think that's what we've tried to accurately portray during the week."

Jim Schwartz says Lions will "play to win" against Packers