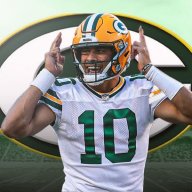 I guess its the offseason for the Packers and Badgers, so time to start looking ahead to the 2022 Season for both teams.

This would be an absolute get for the Badgers and the fact that Caleb Williams is even considering the Badgers, make me believe that he is being told by the Badger coaching staff that Mertz is no longer the golden boy they thought he was.

Report: Wisconsin emerges as a potential destination for Caleb Williams

The other exciting Badger Football news. Joe Rudolph is moving on from the Badgers in what I perceive as the same job that he had at Wisconsin, at a much lessor school.... OL coach at Virginia Tech. After failing in his one year stint as the OC for the Badgers in 2020, he was put in charge of the OL last season. Worst season in many years for the OL. Nice guy, but he seems to have gotten worse as a coach. It also opened the doors up for the Badgers to have decided that they finally need to hire an Offensive Coordinator! Amen! No more Paul Chryst or Joe Rudolph run offenses! 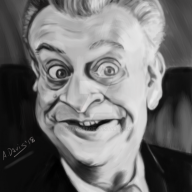 Darell Bevell might be looking for a job. His alma mater has an opening.
OP
OP

Poppa San said:
Darell Bevell might be looking for a job. His alma mater has an opening.
Click to expand...

I wouldn't mind him being the OC at Wisconsin or for the Packers.
S

swhitset said:
No surprise but Chryst has been given a 5 year extension
Click to expand...

No surprise at all, he is a very good head coach and knows how to recruit. I don't think he is a good play caller and I think he recognized that a few years ago and handed the duties off to Joe Rudolph and when Rudolph sucked, took them back and probably kicked himself for doing that.

Now I wonder how that will effect Jim Leonhard and just how long he stays at DC.
OP
OP